Suicide: Not a Dirty Word...

SUICIDE SIGNALS:
*Complaints of being a bad person or feeling “rotten inside”
*Gives verbal hints such as “I wont be a problem for you much longer,” “Nothing matters,” “It’s no use,” and “I wont see you again.”
*Puts affairs in order; for example, gives away favorite toys, cleans room, throws away important belongings
*Becomes suddenly cheerful after period of depression
*Shows signs of psychosis (hallucinations/bizarre thoughts)
*Shows little interest in the future
*Acts in rash, hostile ways; often expresses rage
Source: “A Family Guide to Keeping Youth Mentally Healthy and Drug Free” SAMHSA

MYTH: Teens who claim to be depressed are weak and just need to pull themselves together. There’s nothing anyone else can do to help.
FACT:  Depression is not a weakness; it is a serious health disorder. Both young people and adults who are depressed need professional treatment (psychotherapy and/or medication).

MYTH:  People who talk about suicide won’t really do it.
FACT:  Almost everyone who dies by suicide has given some clue or warning. Do not ignore suicide threats. Statements like “You’ll be sorry when I’m dead” or “I can’t see any way out” — no matter how casually or jokingly said may indicate serious suicidal feelings.

MYTH:  If a person is determined to kill themselves, nothing is going to stop them.
FACT: Even the most severely depressed person has mixed feelings about death, wavering until the very last moment between wanting to live and wanting to die. Most suicidal people do not want death; they want the pain to stop.

MYTH: People who complete suicide are people who are unwilling to seek help.
FACT:  Studies of completed suicides have shown more than half had sought medical help within six months before their death.

MYTH: Talking about suicide may give someone that idea.
FACT: You don’t give a suicidal person morbid ideas by talking about suicide. The opposite is true. Bringing up the subject of suicide and discussing it openly is one of the most helpful things you can do.
Source:  Mental Health Foundation of West Michigan

5 Things To Think About Before Pressing "SEND"

1. Don’t assume that anything you send or post is going to remain private. Your messages and images will get passed around, even if you think they wont.

2. There is no changing your mind in cyberspace. Something you send or post that seems fun and flirty and is done on a whim will never truly go away.

3. Don’t give in to the pressure to do something that makes you uncomfortable, even in cyberspace.

4. Consider the recipients reaction. Just because a message is meant to be fun doesn't mean the person who gets it will see it that way.

5. Nothing is truly anonymous. It is important to remember that even if someone only knows you by screen name, online profile, phone number or email address, they can probably find out who you are if they try hard enough. 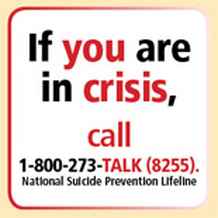 Parents Med Guide -- www.ParentsMedGuide.org - The use of medication in treating childhood and adolescent depression  information for parents & families.